Mistake #4: Delays Because the Target is Undefined

We often hear from the project stakeholders that "it is too early for the data migration team to start as we have not yet defined the target". What absolute rubbish! The reality is that there is so much data related work to do that the earlier you start the better. For starters there is the Data Migration Strategy which needs to be fleshed out. Yes you will not be able to complete it 100% but the mere fact is that the topics to be addressed are so vast and mere mention of them will at the very least kick-start the many important discussions that need to occur. A typical Data Migration Strategy needs to cover areas such as Data Migration Architecture, Approach, Forums, Governance, Technology Choices, Extract, Load, Transform, Data Quality, Cleanse Approach, Audit Control, Reconciliation Approach, Cutover Approach, Testing and many more, and so there is a massive amount of work to be done in fleshing all of these out! Granted that a lot of this will be a work in progress for a while to come and there will be many unknowns in the early phases, but at the very least you will have identified and prioritised these!

Another recommendation is to profile the source data as early as possible, as this will provide very useful insights into what exactly you will be dealing with from a source data structure and content perspective. We all know that source system documentation is generally sorely lacking, if it exists at all, and so data profiling is a relatively quick and easy way to establish a foundation of fact, especially as regards to what data gremlins are lurking in your legacy systems. The earlier you discover these and put plans in place to deal with them, the better. You want a well-informed and thoroughly considered Extract Cleanse Transform and Load solution to be built, or else you will suffer from the obvious time and budget setbacks inherent in the typical "Code, Load and Explode" solutions that we often see.

Finally, there is a ton of work to do on business and data rules that need to be considered in the context of the new system and, even if the target is not defined, there are many that are based on simple truths that must be catered for regardless. At the very least make a start on the processes and templates that will be needed to manage rules within what will seem to be an ever changing landscape (covered in the next article). For a Data Migration there is no such thing as beginning too early. Just start. You will be amazed at how much there is to do! 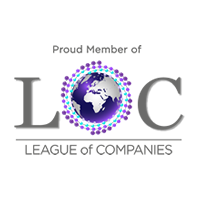